“ There's more to Sicilian pizza than the recognizable square shape. Recreate this Italian classic with a focaccia crust baked in olive oil and topped with fresh vegetables. Caroline, Recipe Hunter ”

This recipe is part of 2014 #PizzaWeek, a week-long blogging event celebrating cheese, carbs, and cheese on top of carbs.

Stuffed crust, deep dish, and thick crust enthusiasts can finally agree on one order: Sicilian pizza. But don’t mistake the square slice for a mysterious school cafeteria meal of your past. Sicilian dough stretches across an olive oil-coated sheet pan and rises to form a focaccia-like crust that’s easily sliced into squares. The thick pan pizza supports loads of toppings that won’t slip off when you go in for a bite. Traditionally, it varies in shape and sauciness as you move around the Sicilian coast. 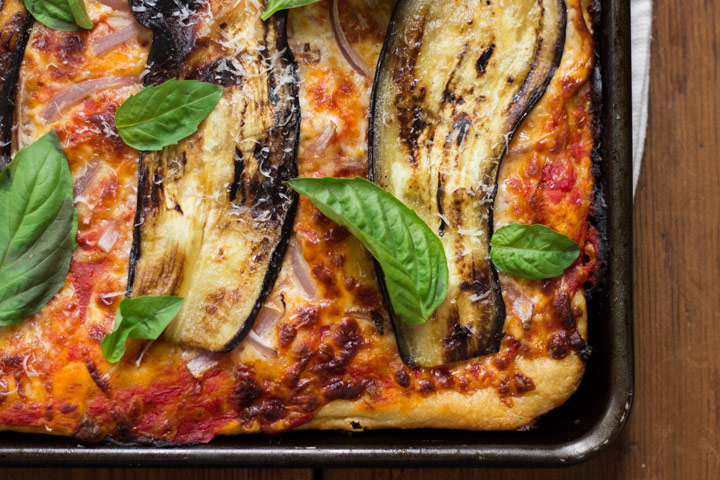 In the States, you’ll more likely find a thick crust topped with a heaping of cheese and a pepperoni grid system. We’ve found the perfect balance: a crust that’s crispy on the bottom and soft and warm beneath a melded-together layer of fresh mozzarella cheese,  simple, seared eggplant, and sliced red onion. With the fluffy, slightly sweet crust and fresh vegetables reminiscent of the Sicilian coast, it doesn’t get much better than this. 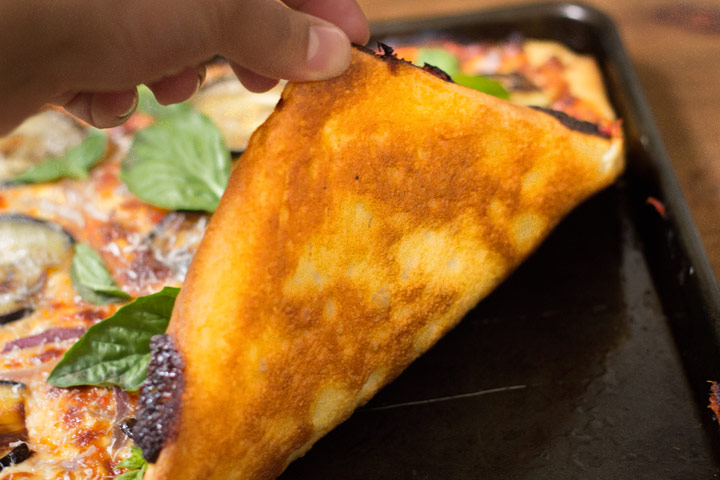 If  you’re looking to mix up the topping options, try one of these Sicily-inspired combinations: 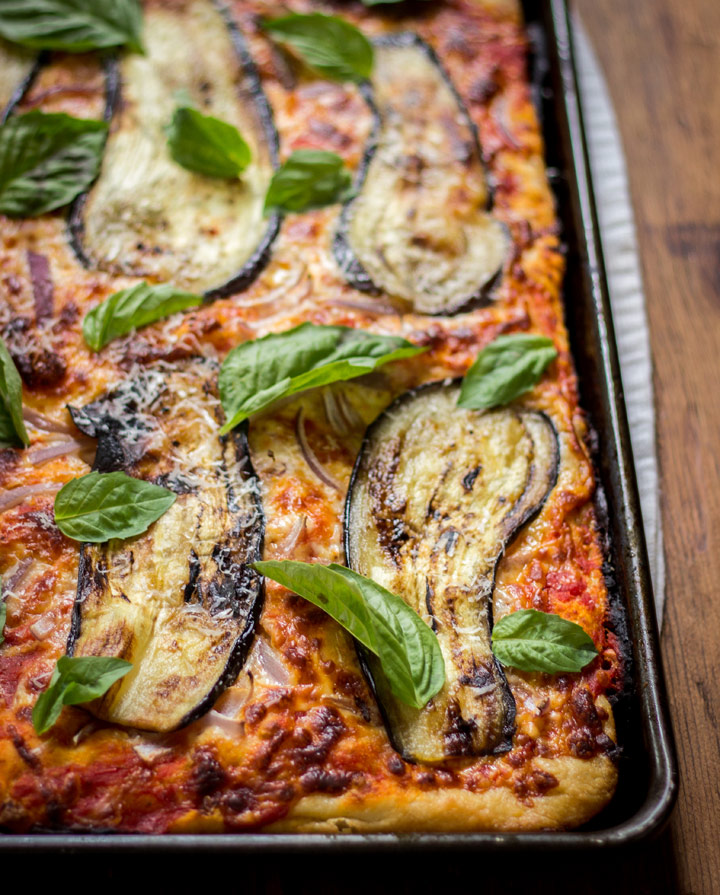 Here's a handy tip to help you make this Sicilian Pizza with Eggplant recipe.