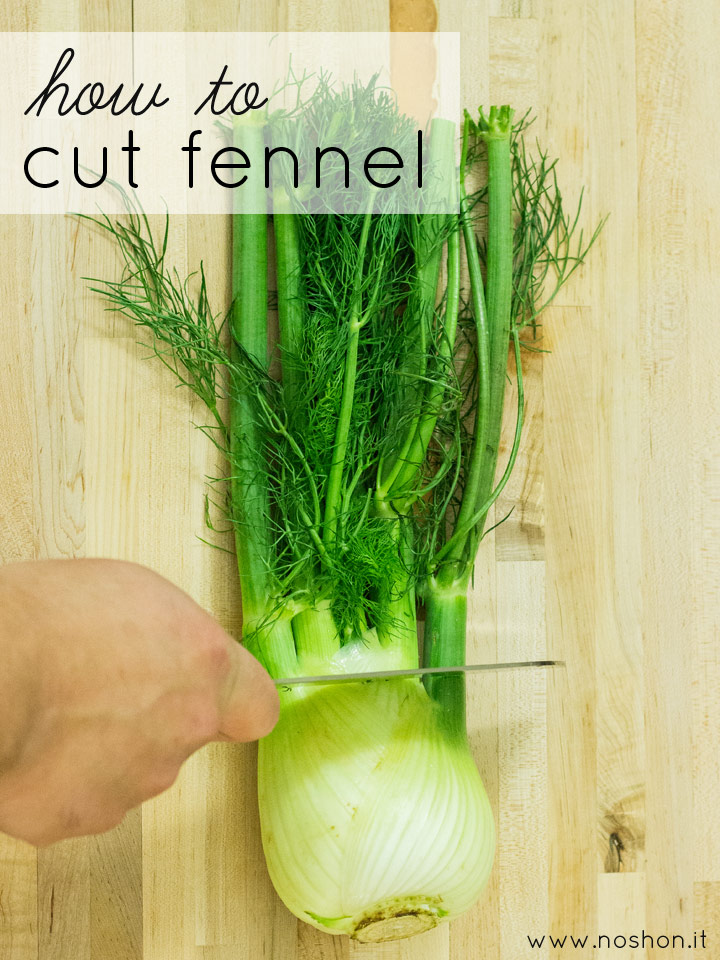 Fennel is a root vegetable with a crunchy texture and a mild licorice flavor. The bulb portion looks kind of like a onion and the stalks have edible fronds that resemble dill. The seeds are also often used both in whole and powdered form as a spice.

If you’ve seen fennel bulbs at the store, you might be wondering how to attack this rather intimidating-looking vegetable. We’ve put together a step by step guide to show you which parts to use, which parts to discard, and how to slice and dice it for your recipes.

Step 1: Orient the fennel horizontally on the cutting board. Cut off the stems and fronds at the base of the stalks. DON’T throw away the fronds. Pick them off the stalks and use them as a garnish to your dish, tossed into salads or even in soups and stews. The stalks make a delicious flavoring to stock but are too tough to eat on their own. 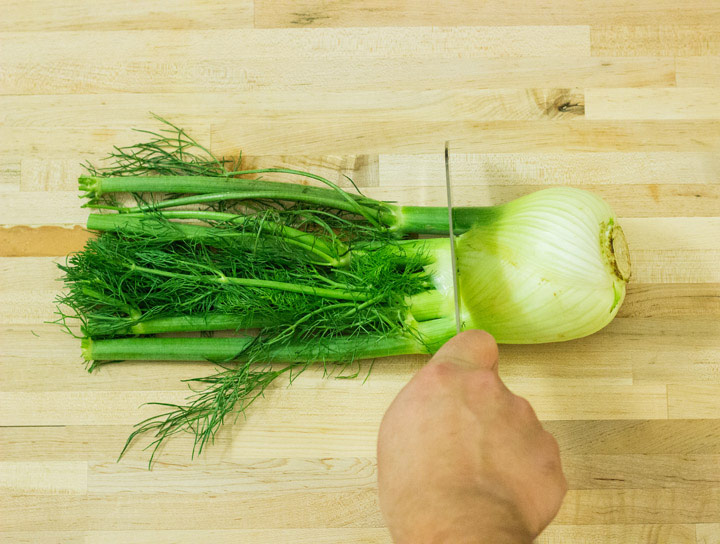 Step 2: Trim off the root end as well. We’ll only be using the center section, the bulb. 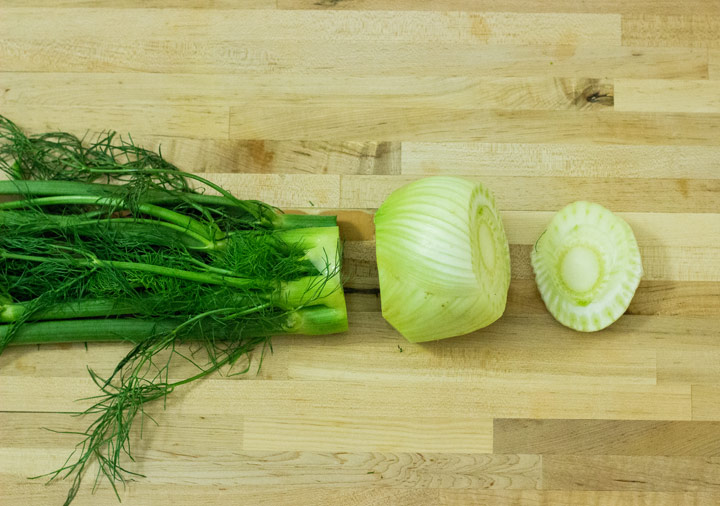 Step 3: Stand the bulb on the root end and slice through it lengthwise. 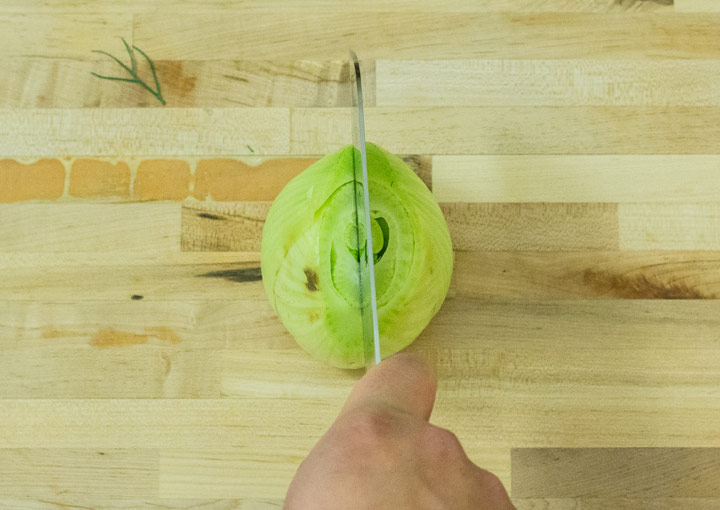 You’ll be left with two halves.

Step 4: Check for any brown spots. On the piece that’s on the left, see that ugly brown spot? We want to get rid of that either by peeling off and discarding the outer layer or by using a vegetable peeler to peel it off. The piece on the right looks a-ok. 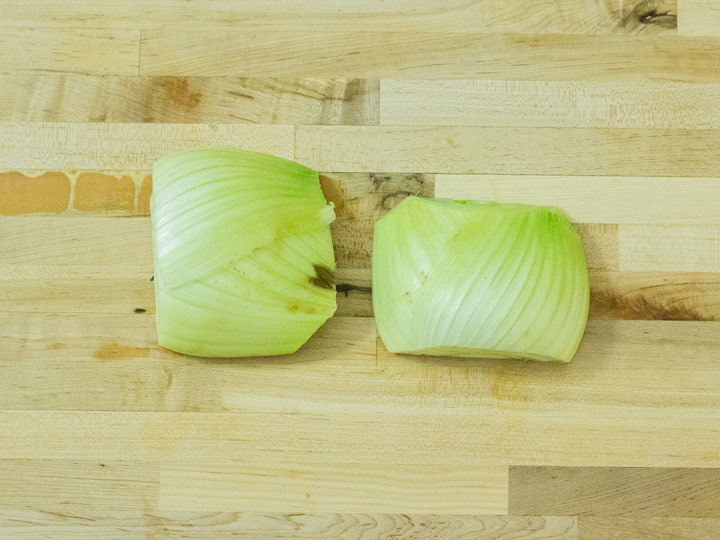 Step 5: Next, we have to remove the core, which is the solid white piece at the root end of the bulb. Using the tip of you knife, cut into the root at a diagonal. 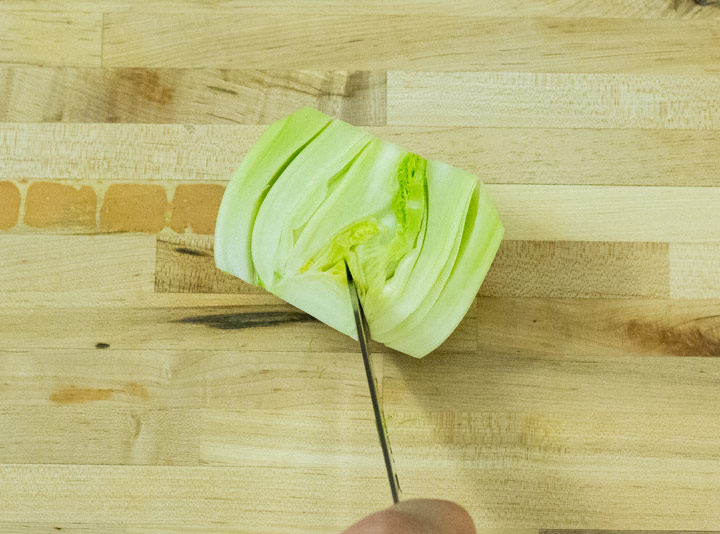 Step 6: Repeat on the other side and remove the core as a little wedge. 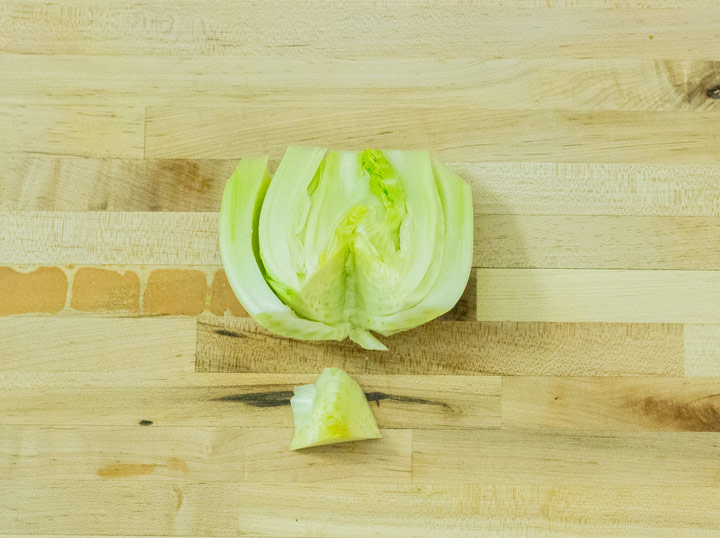 Step 7: Turn the bulb flat side down so the striations are oriented top to bottom and slice into thin strips. If you want larger wedges (for roasting), simply cut each half into 3-4 pieces as desired. If you want to dice it, slice is as shown in the picture then turn the pieces 90 degrees and cut again. 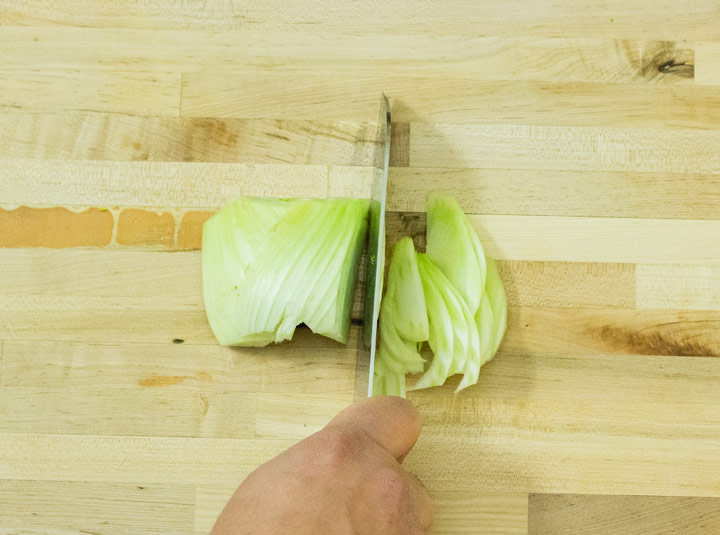 Step 8: Sliced fennel will brown (like a cut apple) so if you’re not going to use it right away, add the pieces to a bowl of cold water with half of a lemon squeezed in. The acid in the lemon juice will help prevent the oxidation that causes browning. (Hint: this works great for apple slices too!). You can store the fennel like this at room temperature for several hours or in the fridge, covered, overnight. 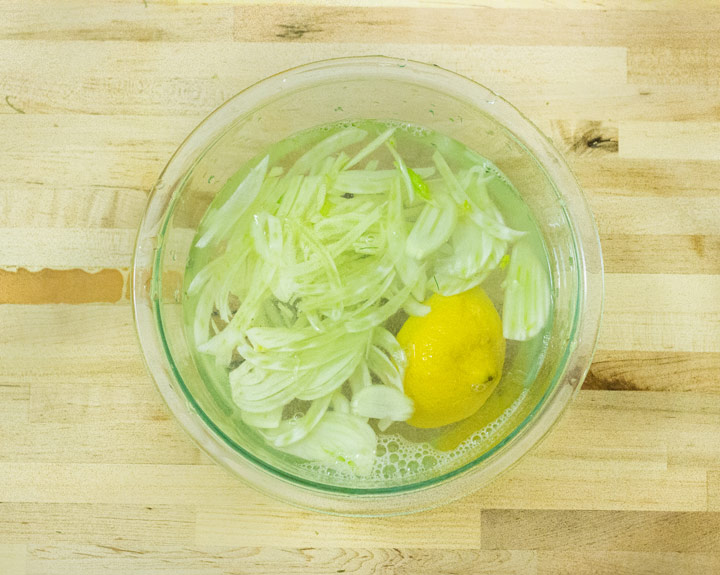 Thinly sliced fennel is great to add raw to salads or can even be sautéed and caramelized just like onions as a base to soups, stews, or even pasta.

Have you tried fennel before? What’s your favorite way to use it? Let us know in the comments.

Sorry. No data so far.